After a long battle with cancer, during the spring of 1982 Jeffrey Marc Vinick at age 18, the brother of Michael D. Vinick, our company managing principal died of cancer. In his memory, Michael has dedicated many of his efforts and resources to support The Jimmy Fund / Dana Farber Cancer Institute where Jeffrey was treated. Michael has pledged that he will not rest until cancer is eradicated, especially from kids. In May of 1999, Michael was awarded the Lifetime Commitment Award from the Jimmy Fund and in November of 2011 he was awarded the Sadowsky Visionary Award. In 2015, Michael was awarded the Bob Cheyne Jimmy Fund volunteer of the year award.

In Jeffrey's memory, a group of local individuals and business leaders built a golf tournament into the largest tournament in the Jimmy Fund Organization. During the 40 years the tournment ran from 1979-2019 we raised approximately $12 million dollars. More can be learned about the history of the tournament at Jimmy Fund Western MA.

Other charities that we support include but are not limited to the following:

Depicted in Photo from Left to Right is Jeffrey's Family.

Once again, the Jimmy Fund of Western Massachusetts

has recognized Michael Vinick for his service. At the 2016 Annual Meeting, Michael was presented with the Bob Cheyne Outstanding Volunteer of the Year Award. Michael was also recognized for his 6 years of service as President of the Western Mass Council. In addition, the golf tournament, in memory of his brother, the Annual Jimmy Fund Golf Tournament/Jeffrey Vinick Memorial raised approximately $12 million in cumulative fundraising duirng the 40 years. Congratulations to all involved! 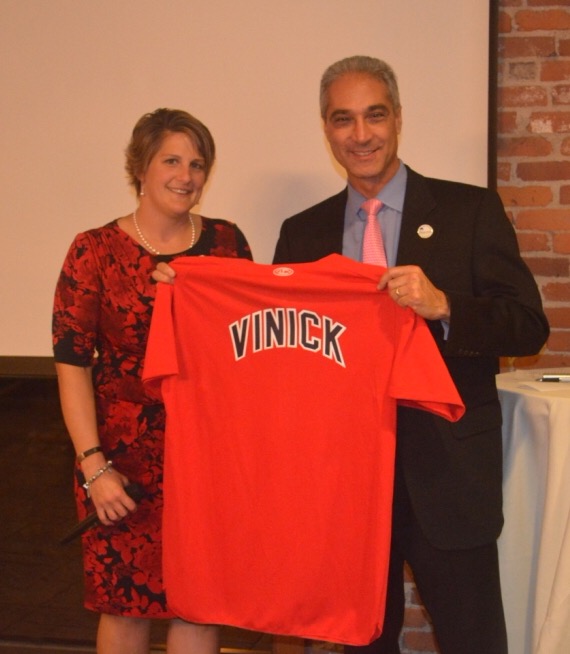 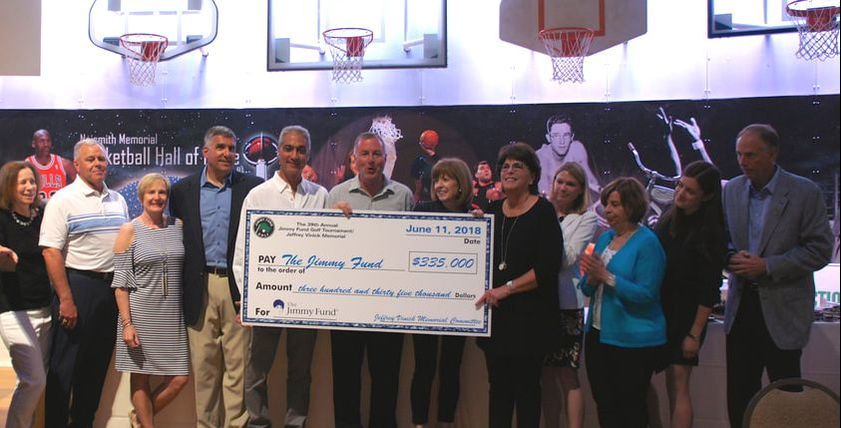 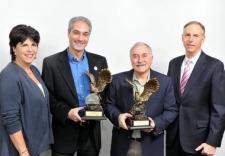 Vinick began his affiliation with the Jimmy Fund after his brother, Jeffrey, and sister, Beth Hayashi, of Tucson, Ariz., were diagnosed with cancer in 1979. They were treated at the Dana-Farber Cancer Institute in Boston.

At the time, Mike Andrews, former Boston Red Sox second-baseman, and Ken Coleman, former voice of the Red Sox, befriended the Vinick siblings and their mother, Harriet, in their roles as chairmen of the Jimmy Fund.

In 1980 and 1981, Michael and Jeffrey became involved with the Jimmy Fund golf tournament as volunteers. In 1982, after Jeffrey died, the tournament was held in his memory and in 1983 it became the Jimmy Fund-Jeffrey Vinick Memorial Golf Tournament. READ THE WHOLE STORY HERE